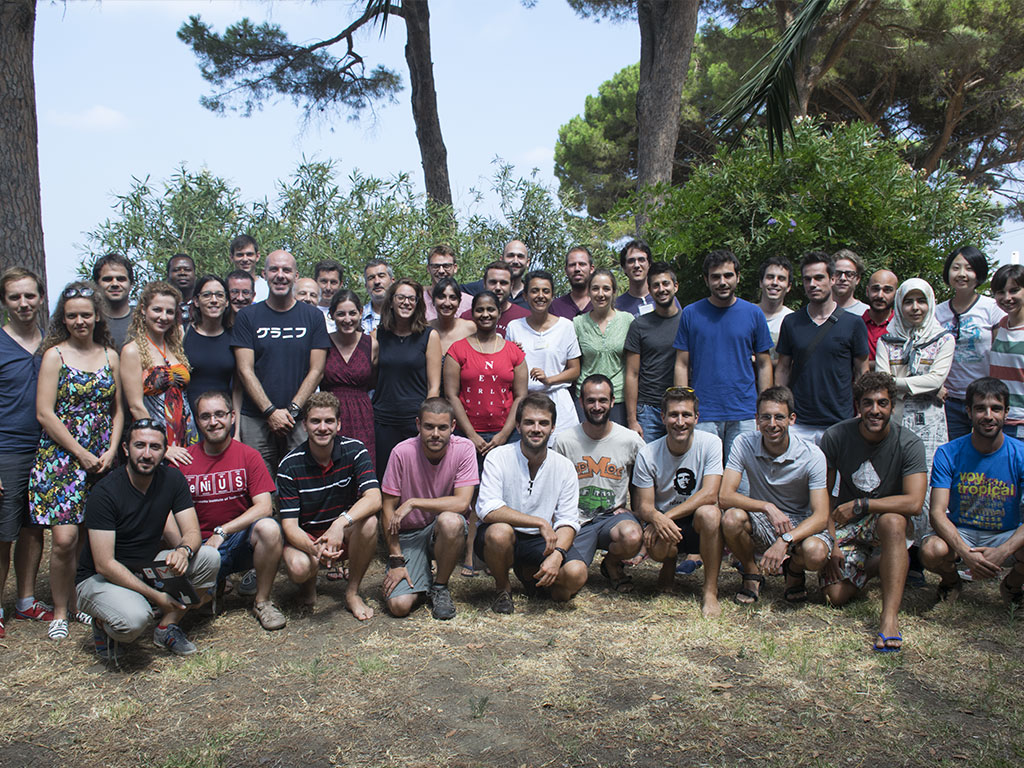 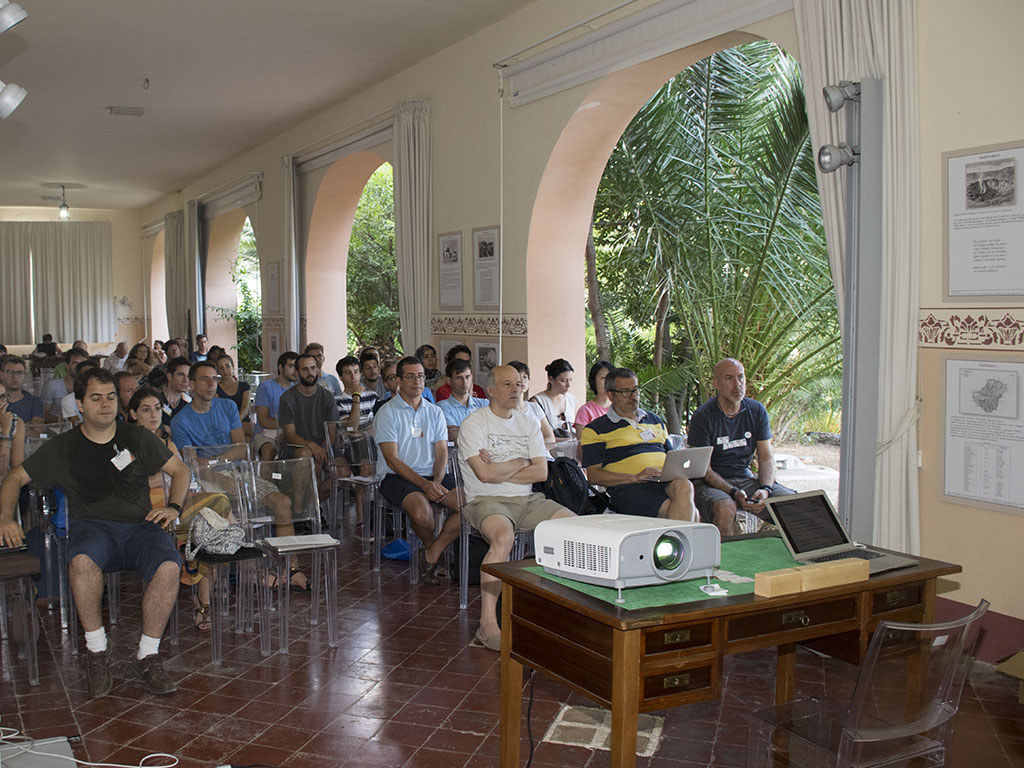 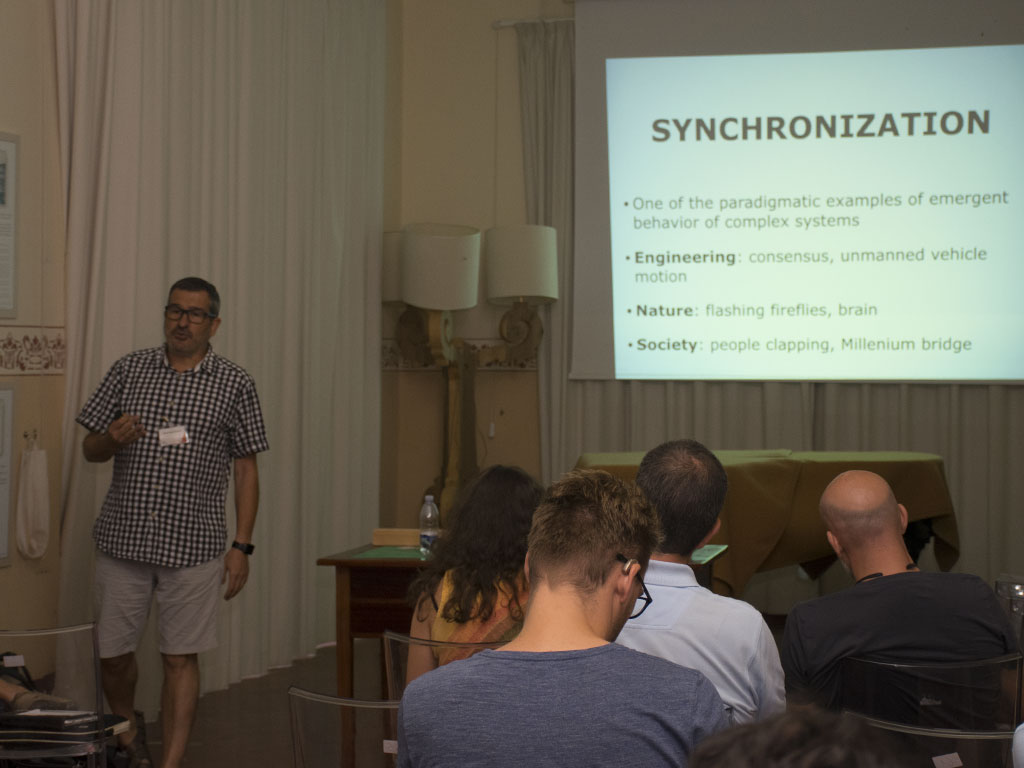 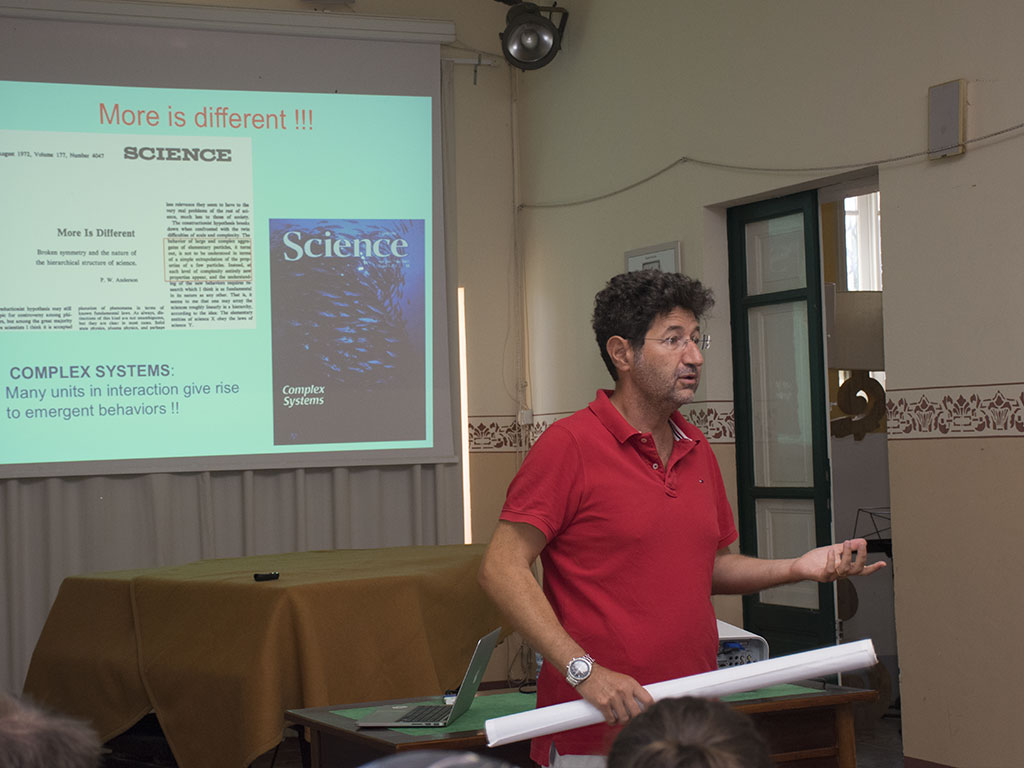 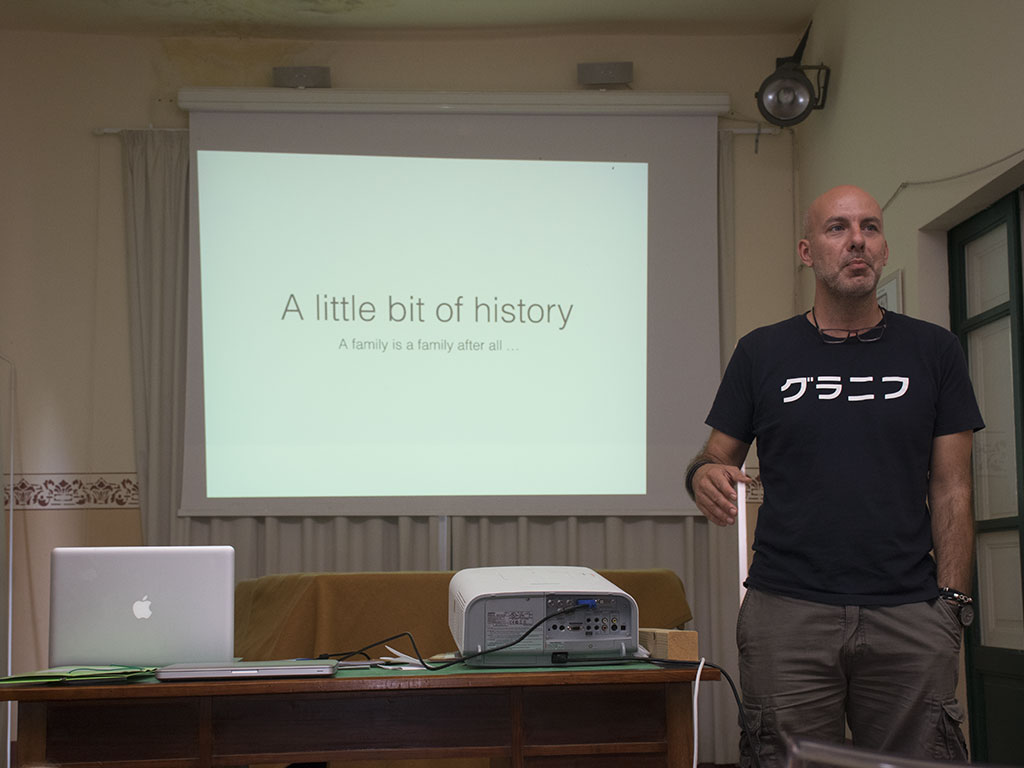 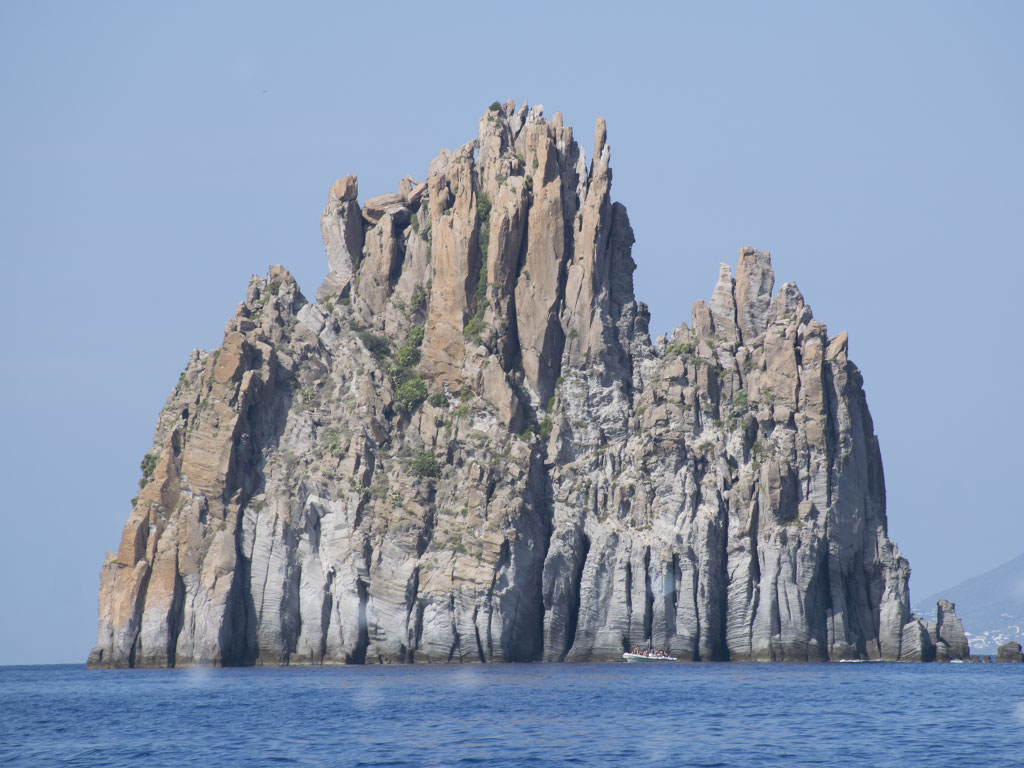 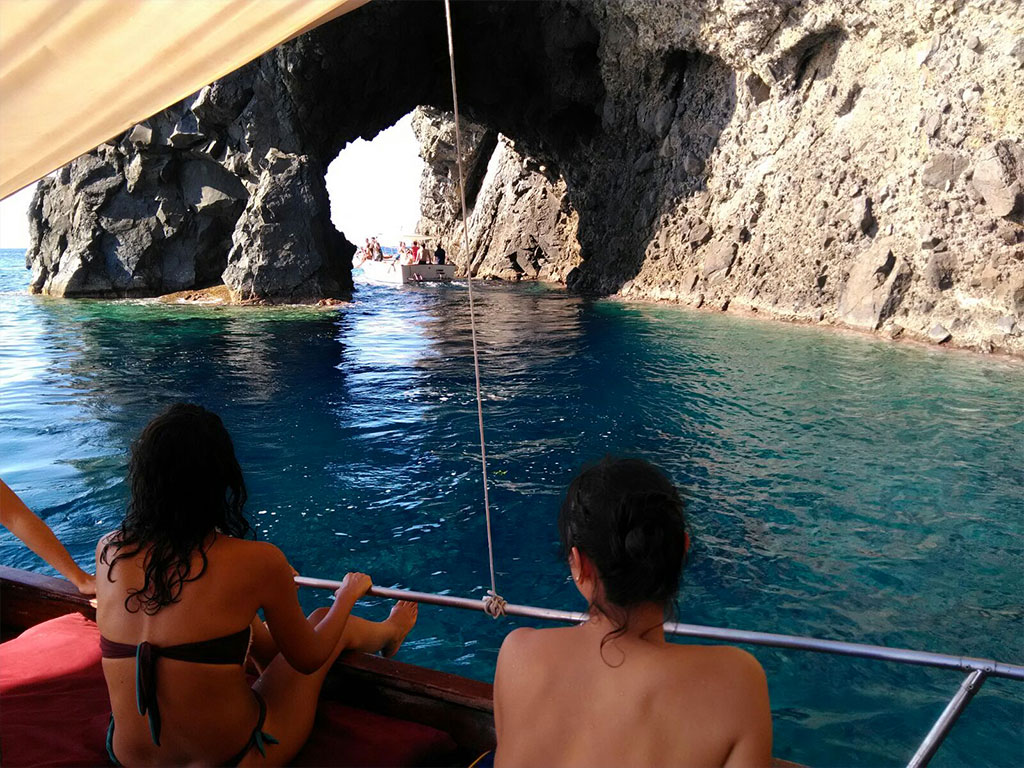 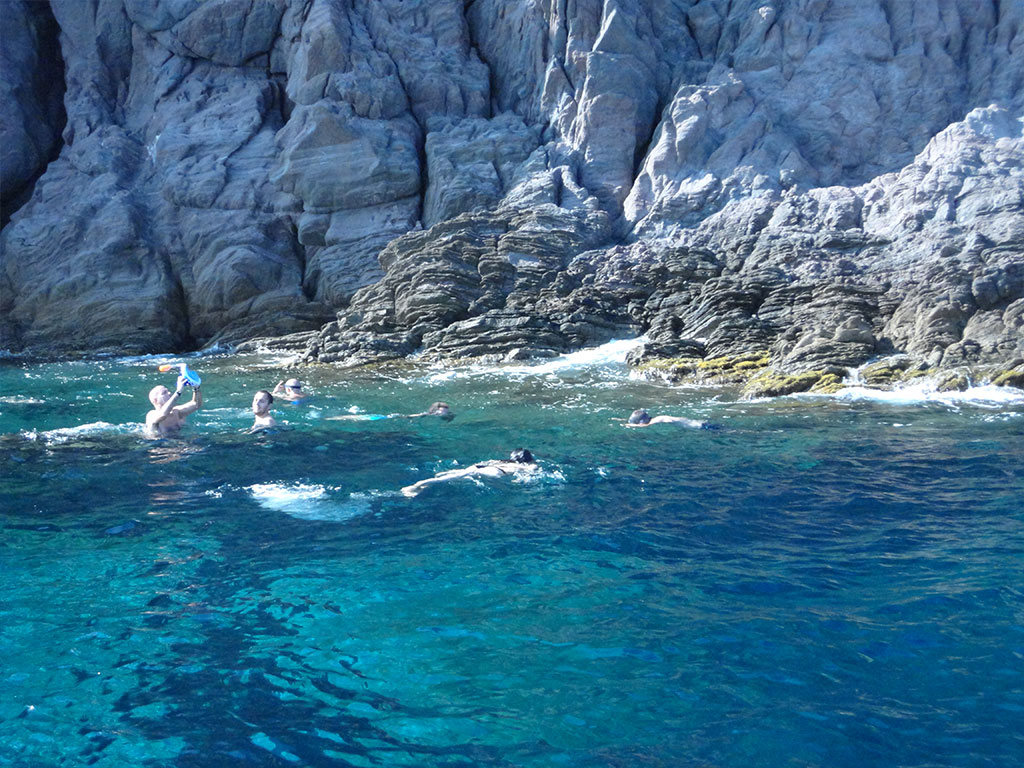 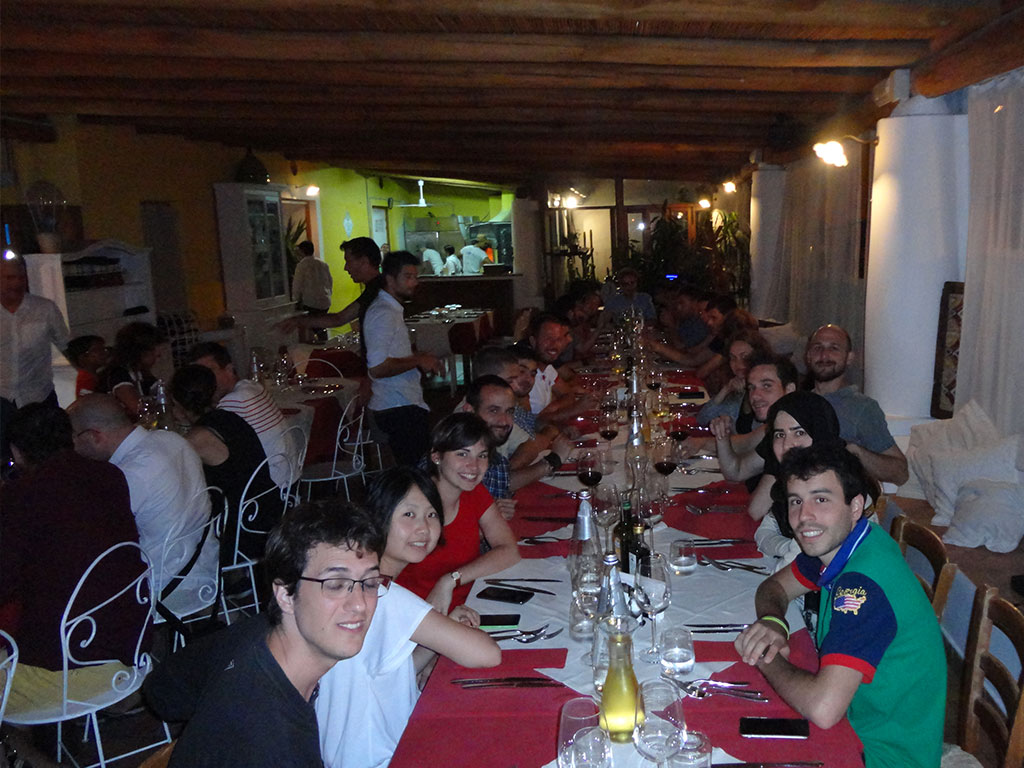 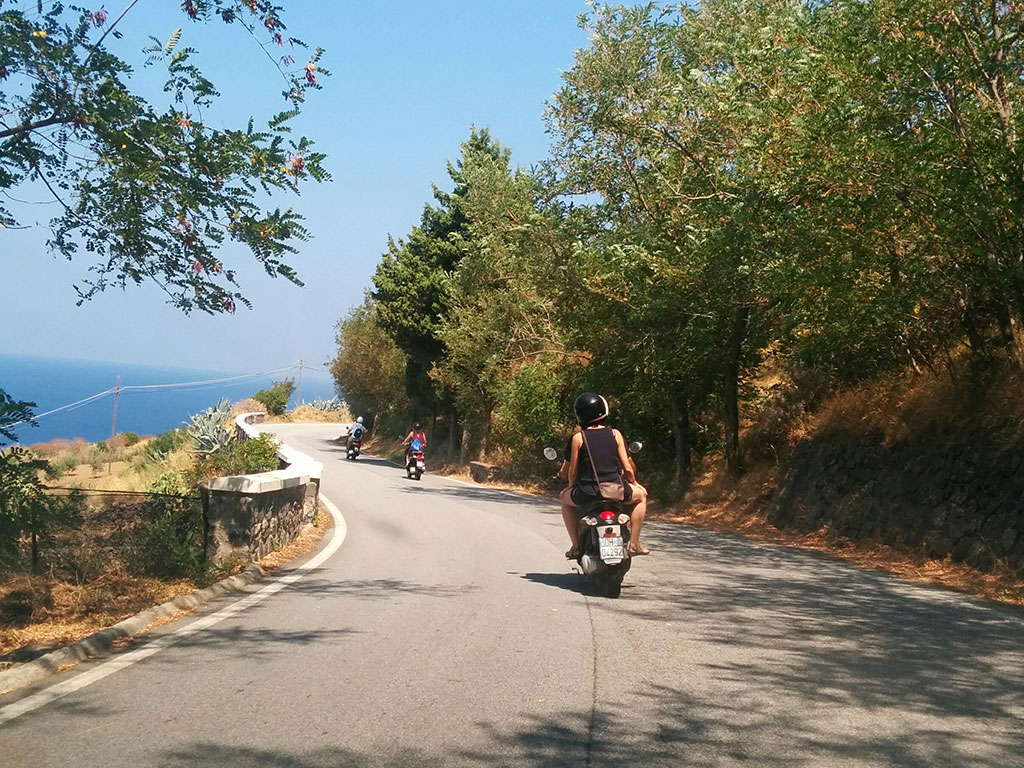 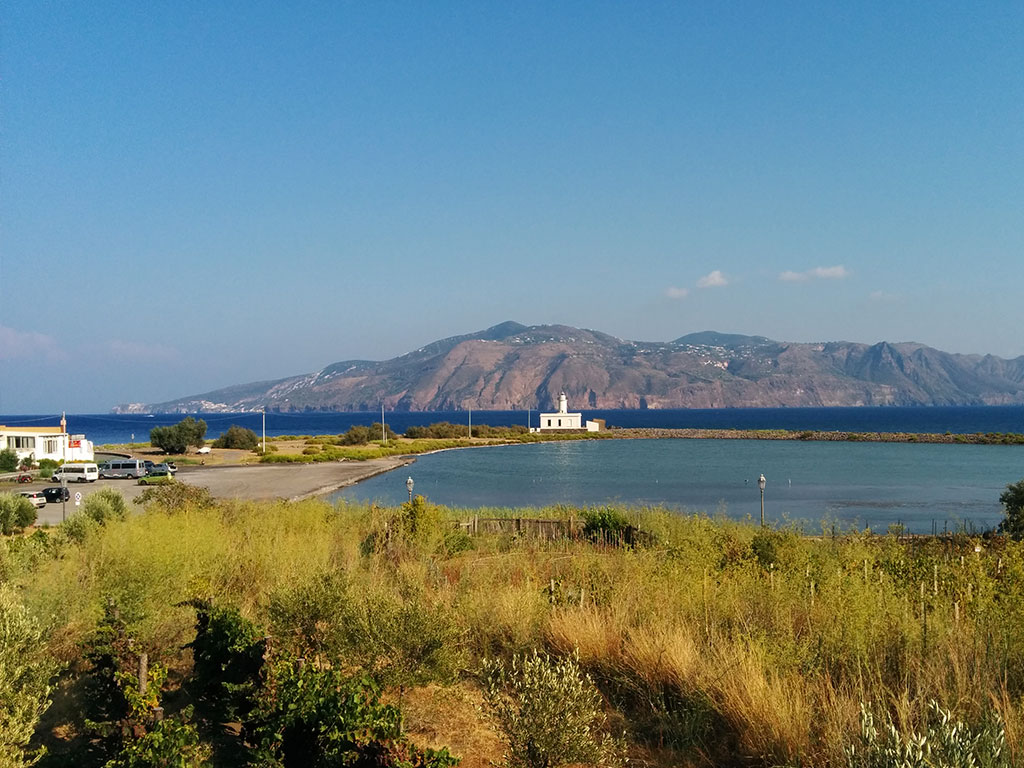 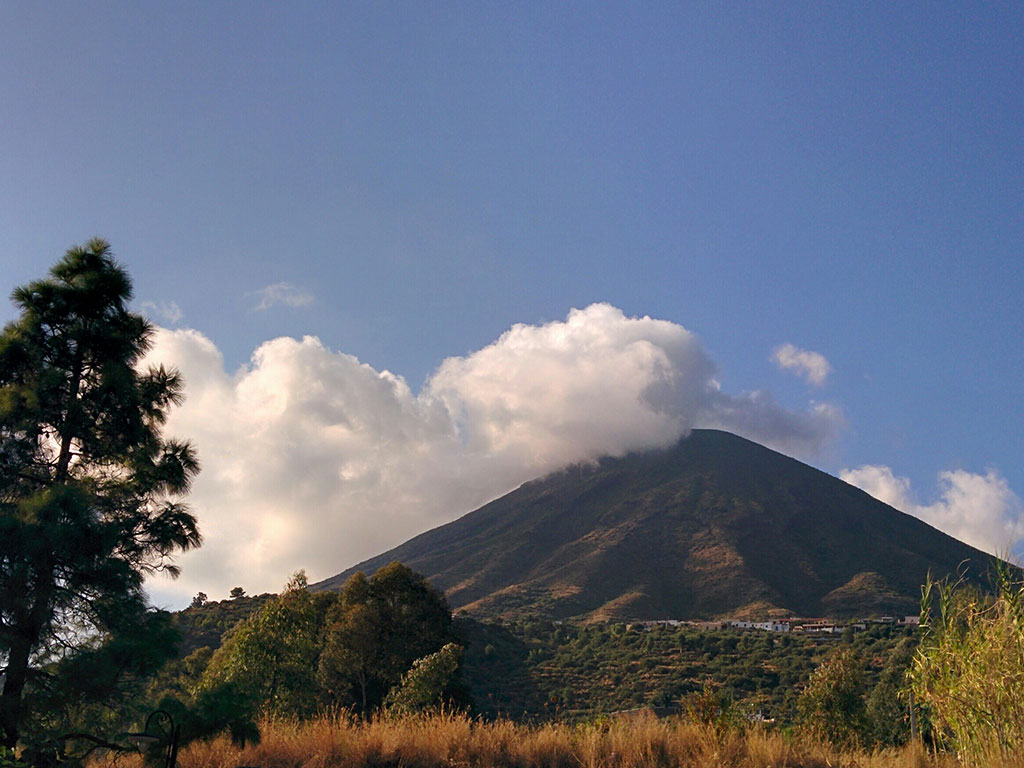 Session I: Inference of network structure and dynamics.

A network’s structure is shaped by evolutionary mechanisms and determines the network's function. Therefore, a substantial volume of research is devoted to extracting such structures from empirical data via the identification of modules (or "communities"), which represent the large-scale organization of networks. In this lecture, we review two complementary approaches towards this goal: The first focuses on identifying purely structural patterns via the elaboration of probabilistic models responsible for their formation, and their principled inference from empirical data. The second approach is based on the analysis of dynamical processes that take place on them, and an information-theoretic approach to identify modular structures that are useful in describing them. We aim to cover the following topics:

1. Albert Diaz Guilera (Universitat de Barcelona, Spain)
SYNCHRONIZATION IN TIME-DEPENDENT NETWORKS
I will show how to generalize spectral properties and dynamical approach to a synchronized state in the case of moving oscillators. When oscillators move and they can interact with nearby oscillators they form a time dependent contact network. In terms of the time scales for motion and synchronization we describe the different regimes of the system.

The constituents of a wide variety of real-world complex systems interact with each other in complicated patterns that can encompass multiple types of relationships and change in time. Recently, the interest of the research community towards such systems has increased because accounting for their "multilayer" features is a challenge. In this lecture, we will review the most recent advances in this new field, with main attention to the emergent properties induced by the structure of multiplex networks.

Contagious diseases spread among people and animals following transmissibility patterns that can be represented as networks. To learn about the outcome of a particular spreading process in a population, we use mathematical models to model and simulate the spreading of a particular pathogen on a particular network of interactions. In the first part of the lecture we will present the most commonly used compartmental models for epidemic spreading (SIS and SIR), for both the case in which we assume a well-mixed population as well as for heterogeneous infectivity patterns between individuals. Then, we will introduce a very powerful technique, the Microscopic Markov Chain Approach (MMCA), a method that allows to calculate the individual probabilities of each node to be in each of the compartmental states, and which provides accurate results even beyond the epidemic threshold. This approach will be also applied to the case of competition of a contagious disease and information spreading on top of a multiplex network. In the second part we will build on the previous results to study the large scale spreading of an epidemics. As a first step we will introduce the so-called Meta-Population approach where different populations are connected via mobility/migration flows. This class of models offers the possibility to represent realistic scenarios for disease diffusion at both the local and global level. Finally, we will present some recent results in the modelling of interaction and competition between different pathogens, two mechanisms that are at the basis of real world epidemic spreading.

In the last decade, the exploration of "dynamics of/on networks" has followed several trails from nonlinear systems to stochastic processes just to cite a few. Among these trails, one that has been extensively addressed is that of evolutionary dynamics. More specifically, the interest was based on unveiling the mechanisms that foster cooperative traits in social systems. The evolutionary perspective, based on the well-known replicator equations, predicts that under mean-field conditions (in which agents interact all-to-all) cooperation gets beaten by defection; as observed in paradigmatic social games such as the Prisoner's Dilemma. Given that many social contexts can be explained in terms of such game, and that cooperation among unrelated humans is observed in society, many studies have tried to provide ways to scape the victory of defection. One of the most studies avenues is that of abandoning the well-mixed (or mean-field) hypothesis, and study evolutionary games in structured populations. This simple step forward has shown that cooperators can resist the temptation of defectors by taking advantage of the bounded number of interactions. In fact, the formation of cooperator clusters in regular lattice was seen to be at the core of such resistance. This finding motivated the study of evolutionary games in complex networks, thus making one step further to incorporate realistic structures of interaction among the agents. The findings were even more positive (for the sake of explaining cooperation) than in regular lattice, being scale-free networks the best platform for increasing the survival of cooperators. Another turning point in the quest to explain the emergence of cooperation in networked systems has been the passage from pairwise to group interactions. Such change has been made through the study of another paradigmatic case: the Public Goods Game. Considering groups instead of pairs opened new perspectives about the mechanisms that promotes the survival of cooperation even under hostile conditions for cooperators.
In this lecture we will cover all the former steps, from the replicator equation and the classical theory of evolutionary games to the most recent results about the implementation of evolutionary games on networks. We will pay attention to both pairwise and group interactions thus covering the most important benchmarks in evolutionary game theory. Finally, we will also provide a brief overview on how coevolutionary dynamics involving game theory could address problems that cannot be described by a unique type of dynamical process.

Session V: Methods and challenges in the analysis of empirical networks.

Data about human behaviour and social interactions is nowadays produced and made available at an unprecedented pace, opening new possibilities as well as new issues for complex network research. In this lecture we will give an overview of the challenges that we have to face when dealing with real-world complex networks, from the data collection to the network design. In particular we will focus on empirical multilayer networks, and present a few case studies ranging from bibliographic records to online media data.