I Mediterranean School of Complex Networks 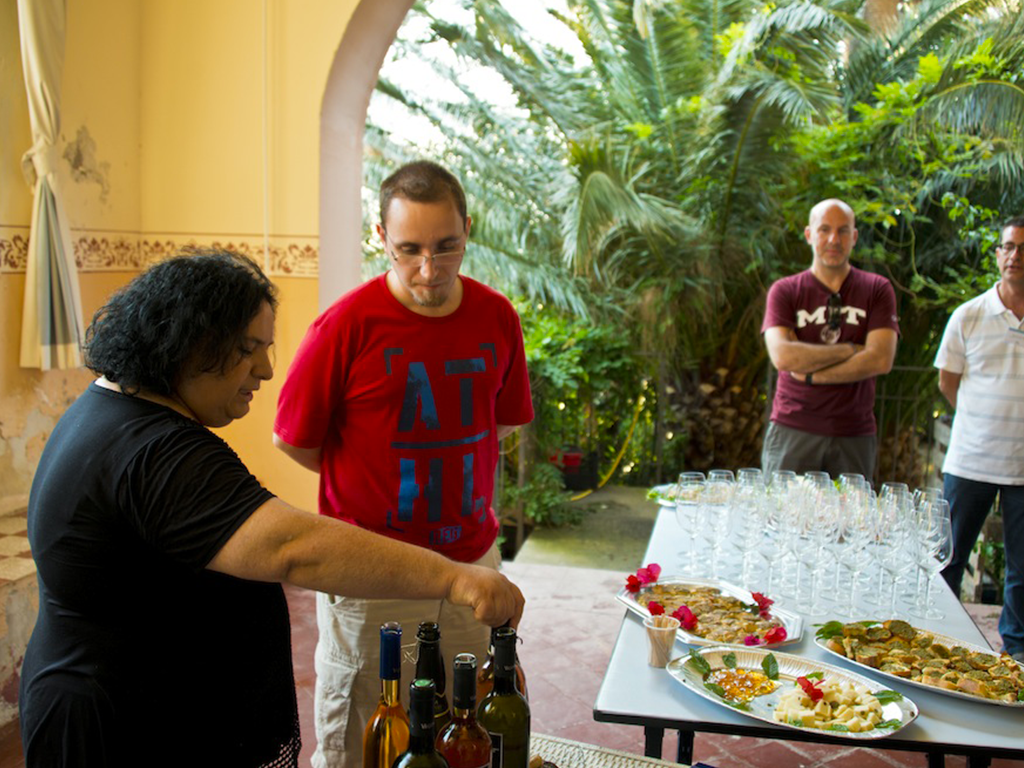 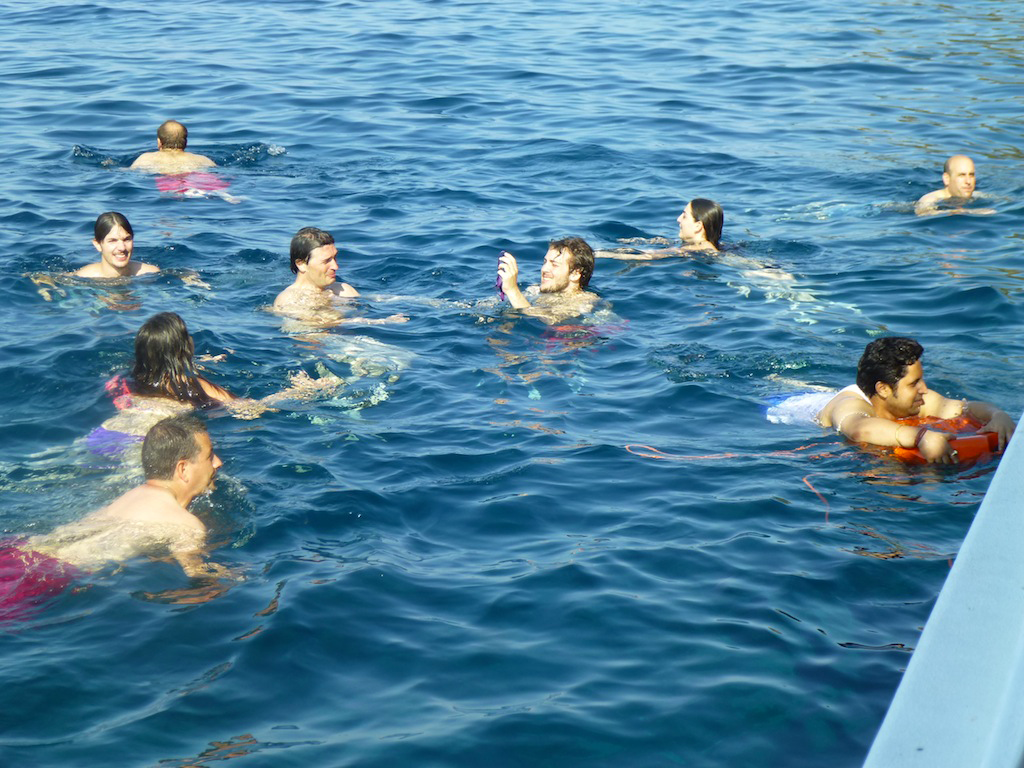 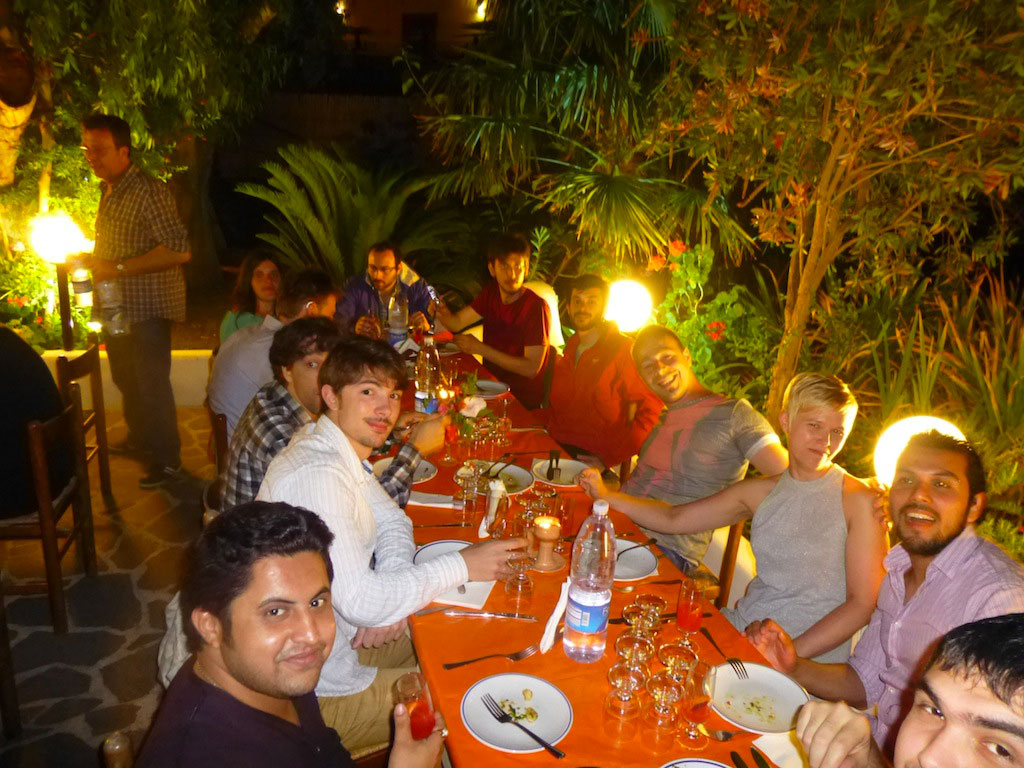 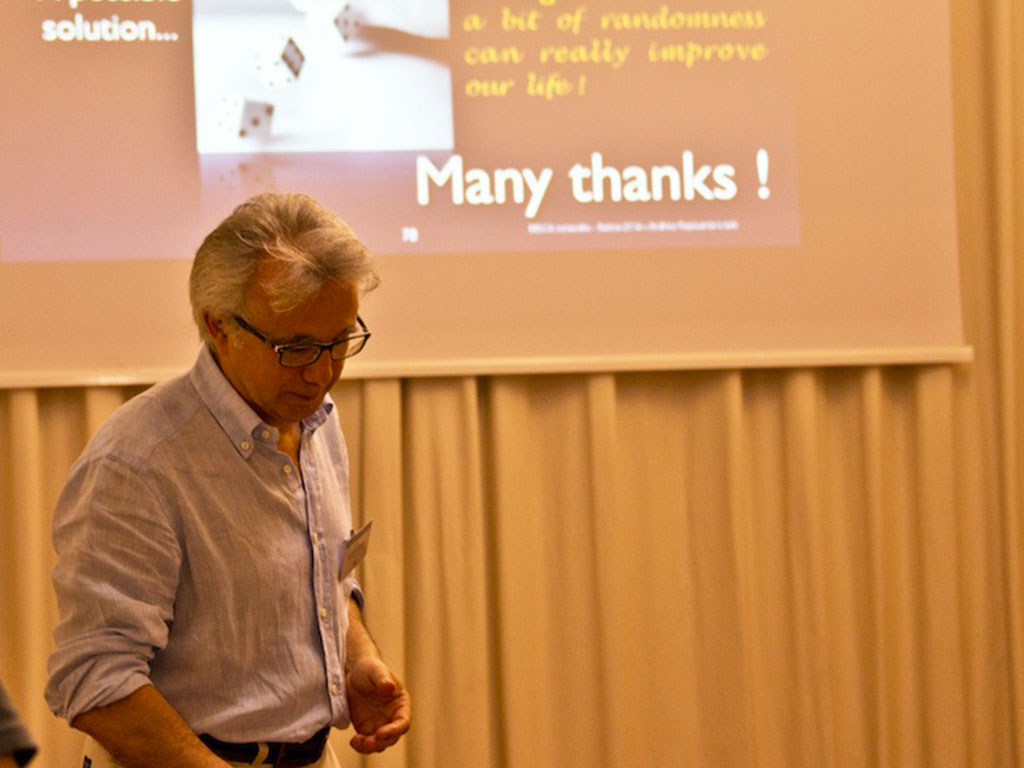 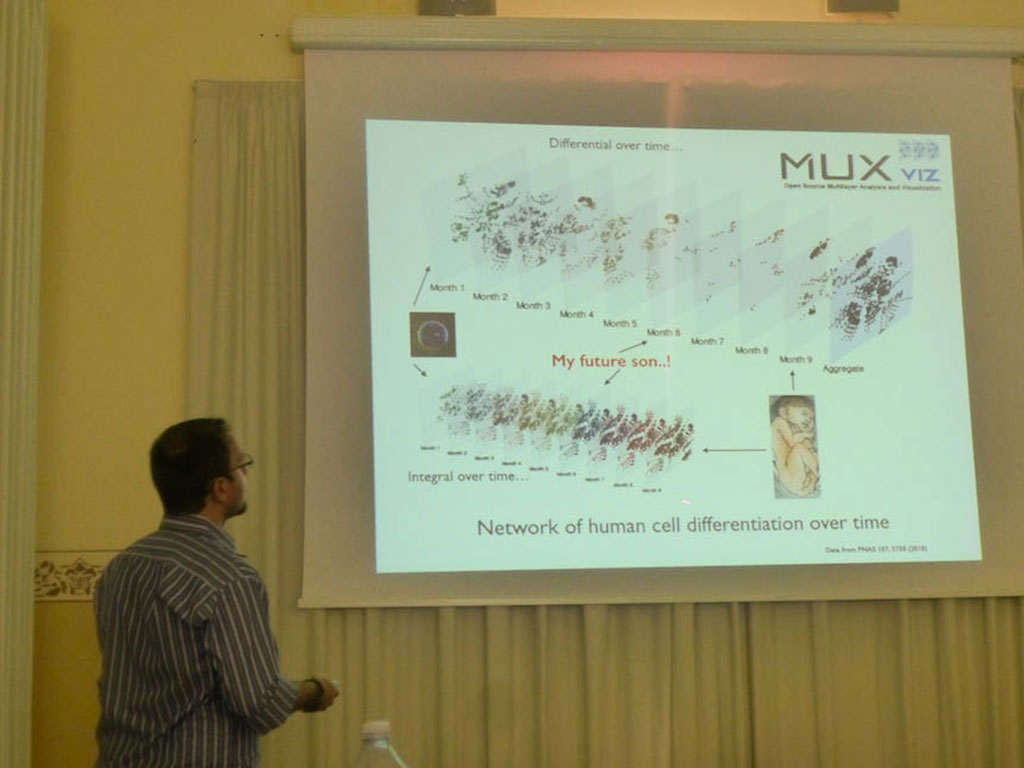 Introduction to modeling with complex networks, identification of important/influent agents and their community structure. Introduction of well known network models.

1. Martin Rosvall (Umea University)
Community detection with information-theoretic model selection
A branch of information theory known as the minimum description length (MDL) principle takes advantage of the duality between finding regularities in data and compressing those data. The MDL principle provides a principled and efficient method for model selection. In this lecture, I will introduce the MDL principle and demonstrate how it can be applied to stochastic block models and flow-based methods for community detection.

1. Vincenzo Nicosia ( Queen Mary University of London )
Random walk and diffusion processes
Random waks are a fundamental tool to study the diffusion properties of complex networks and to identify central nodes and cohesive groups. In this lecture we introduce different flavours of non-interacting random walks on graphs, we define a handful of quantities to characterise their dynamics, we show some applications of random walks to define node centrality and to identify communities and we provide a short overview of recent research in the field.

2. Per Sebastian Skardal ( Universitat Rovira i Virgili )
Synchronization processes
Synchronization processes occur in natural and engineered systems that range from microscopic (e.g., bacterial cell cycles) to macroscopic (e.g., international economies). We will show several real-world examples, as well as motivate and introduce general models for network synchronization, including those for chaotic and limit cycle oscillators. We will pay particular attention to the simpler case of Kuramoto-like phase oscillators, for which we will discuss numerical and analytical aspects, as well as recent research developments.

3. Albert Solé-Ribalta (Universitat Rovira i Virgili)
Traffic and congestion
Congestion phenomena in single layer networks is well studied and optimal structures are well known for different stress values. The session will overview the most remarkable publication in the field, centralizing the efforts in describing the particular dynamics before, near and behind the congestion threshold.

1. Andrea Rapisarda (Università degli studi di Catania)
Micro and Macro Benefits of Random Investments in Financial Markets
In this talk, making use of statistical physics tools, we address the specific role of randomness in financial markets, both at micro and macro level. In particular, we will review some recent results obtained about the effectiveness of random strategies of investment, compared with some of the most used trading strategies for forecasting the behavior of real financial indexes. We also push forward our analysis by means of a Self-Organized Criticality model, able to simulate financial avalanches in trading communities with different network topologies, where a Pareto-like power law behavior of wealth spontaneously emerges. In this context we present new findings and suggestions for policies based on the effects that random strategies can have in terms of reduction of dangerous financial extreme events, i.e. bubbles and crashes.

1. Alex Arenas (Universitat Rovira i Virgili)
Introduction to multilayer networks
The constituents of a wide variety of real-world complex systems interact with each other in complicated patterns that can encompass multiple types of relationships, change in time, and include other types of complications. Recently, the interest of the research community increased towards such systems because accounting for the "multilayer" features of those systems is a challenge. In this lecture, we will discuss several real-world examples, put in evidence their multilayer information and review the most recent advance in this new field.

2. Manlio De Domenico (Universitat Rovira i Virgili)
Mathematical formulation, navigability and robustness of multilayer networks
We will introduce the tensorial formulation of complex networks and their generalization to multilayer graphs. We will show how this representation will help to naturally extend network descriptors widely adopted for the analysis of single-layer networks. Finally, we will discuss an application concerning the dynamical robustness (i.e., navigability) of the multilayer transportation network of London and its resilience to realistic failures.

Round tables with attendants.

The analysis and the modeling of social and transportation networks are discussed, with some attention to recent applications involving multiplex networks.

1. Sandro Meloni (BIFI Zaragoza)
Information and epidemics spreading in social networks
The rapid development of the 2009 Influeza A pandemic and the fact that the video of a drunken kitten is on top of your Facebook timeline share more similarities than you can imagine. From infectious diseases to viral marketing, spreading phenomena are becoming more and more important in our lives and the study of this kind of processes is probably the most prolific and successful application of network science principles. In this talk we'll start introducing some basic epidemiological concepts fundamental in both epidemic and information spreading. Then we'll move to some classical spreading models applied to complex networks and, when possible, their analytical treatment. In the second part we'll focus on the recent developments of the field with special attention on interacting/competing epidemics and how those models can be naturally extended to multiplex networks. Finally, if time allows, we'll show some "real world" applications aimed at epidemic forecasting.

2. Jesus Gómez-Gardeñes (Universidad de Zaragoza)
Cooperation and defection in social and economical systems
In the last decade the interest in the dynamics of networks explored several fields such as nonlinear dynamical systems, epidemic models, stochastic processes, among others. One of the dynamical frameworks extensively addressed was that of evolutionary dynamics. In this particular case, the interest was based on unveiling the mechanisms that foster cooperative traits in social systems. The evolutionary perspective, based on the well-known replicator equations, predicts that under mean-field conditions (in which agents interact all-to-all) cooperation is defeated by defection in paradigmatic social games such as the Prisoner's Dilemma. Given that many social contexts can be explained in terms of this latter game and that cooperation among unrelated humans is observed in society many studies have tried to provide ways to scape the victory of defection. One of the most studies avenues is that of abandoning the well-mixed (or mean-field) hypothesis and study evolutionary games in structured populations. This simple step beyond has shown that cooperators can resist the temptation of defectors by taking advantage of the limited amount of interactions that are allowed in this setting. In fact, the formation of cooperator clusters in regular lattice was seen to be at the core of such resistance. This finding motivated the study of evolutionary games in complex networks, thus making one step further to incorporate realistic structures of interaction among the agents. The findings were even more positive (for the sake of explaining cooperation) than in regular lattice, being scale-free networks the best platform for increasing the survival of cooperators. In this lecture we will cover all the former steps, from the replicator equation and the classical theory of evolutionary games to the most recent results about the implementation of evolutionary games on networks. We will pay attention to both pairwise and group interactions thus covering the most important benchmarks in evolutionary game theory.br>
3. José Ramasco (IFISC Mallorca)
Delay propagation in transportation networks

1. Marta Sales-Pardo (Universitat Rovira i Virgili).
Network inference to identify novel biological and chemical interactions
The lecture will have to parts. First we will introduce basic concepts about Bayesian inference. Second, we will discuss how we can use this framework in the complex network context. Specifically, we will introduce stochastic block models(SBMs), a class of general models for network structure and show how a Bayesian Inference framework assuming SBMs can be successfully used for the prediction of novel interactions between drugs.

3. Javier Buldu (Universidad Rey Juan Carlos)
What can we learn from RNA neutral networks?
The evolution and adaptation of molecular populations is constrained by the diversity accessible through mutational processes. RNA is a paradigmatic example of biopolymer where genotype (sequence) and an important feature of phenotype (secondary structure, largely responsible for the molecular function) are easily identified in a single molecule. The extreme redundancy of the genotype-phenotype map leads to large ensembles of RNA sequences that fold into the same secondary structure and can be connected through single-point mutations. These ensembles define neutral networks of phenotypes in sequence space. In this lecture we will analyse the topological properties of neutral networks formed by 12-nucleotides RNA sequences, obtained through the exhaustive folding of sequence space. A total of $4^{12}$ sequences becomes fragmented into 645 connected subnetworks that correspond to 57 different secondary structures. Several topological relationships can be analytically derived attending to structural restrictions and generic properties of the folding process. We will discuss the topological properties of this kind of biological networks and relate them to other kind of (biological, technological and biological) networks, showing that it is possible to obtain general principles from the analysis of specific (real) networks.