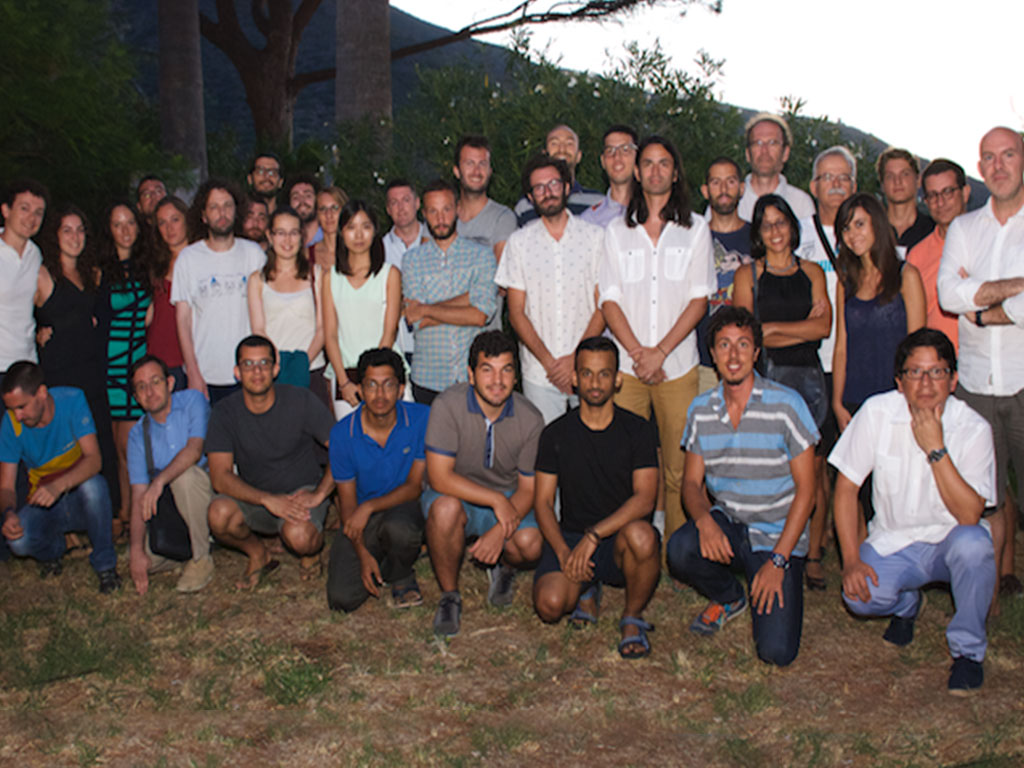 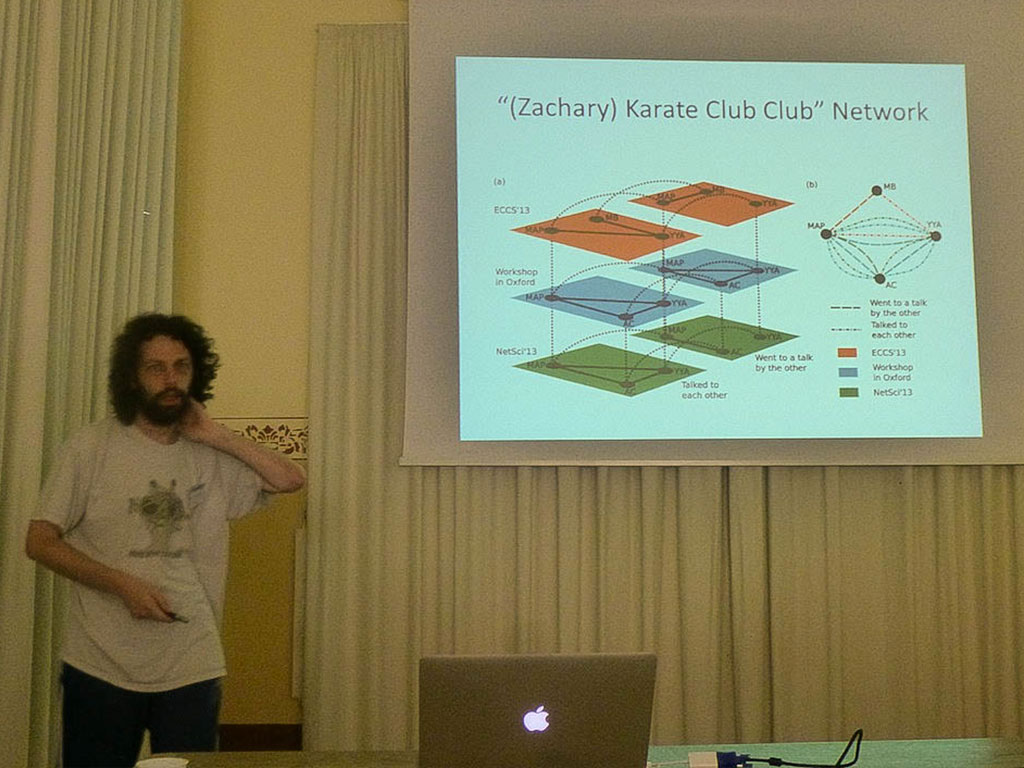 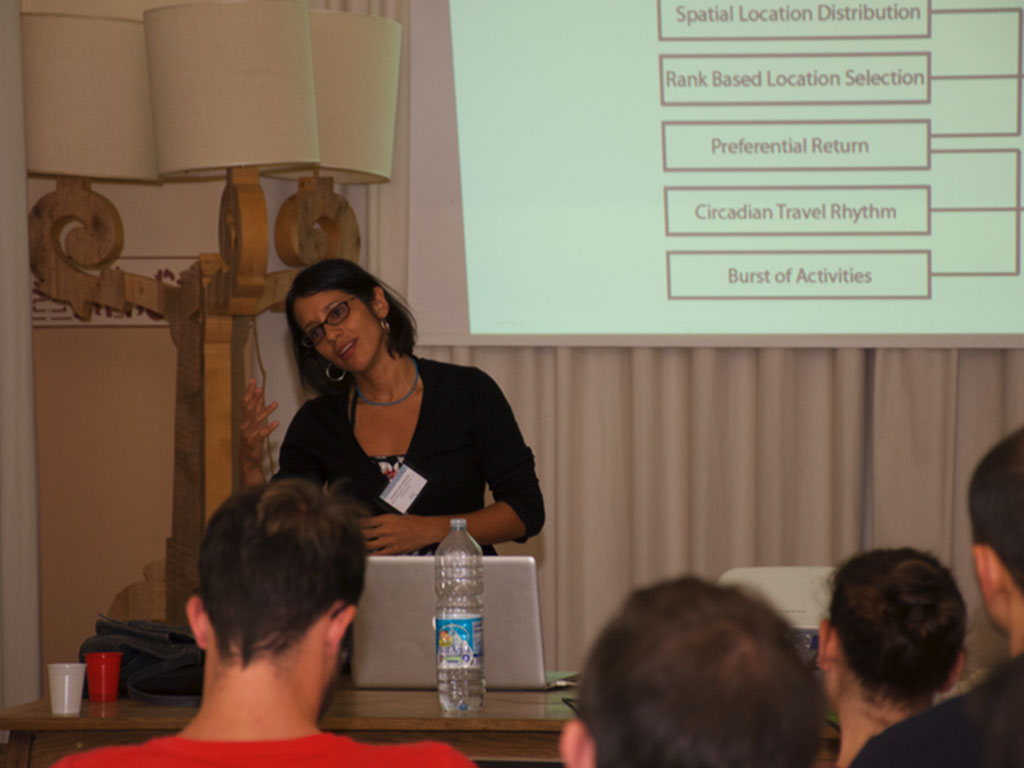 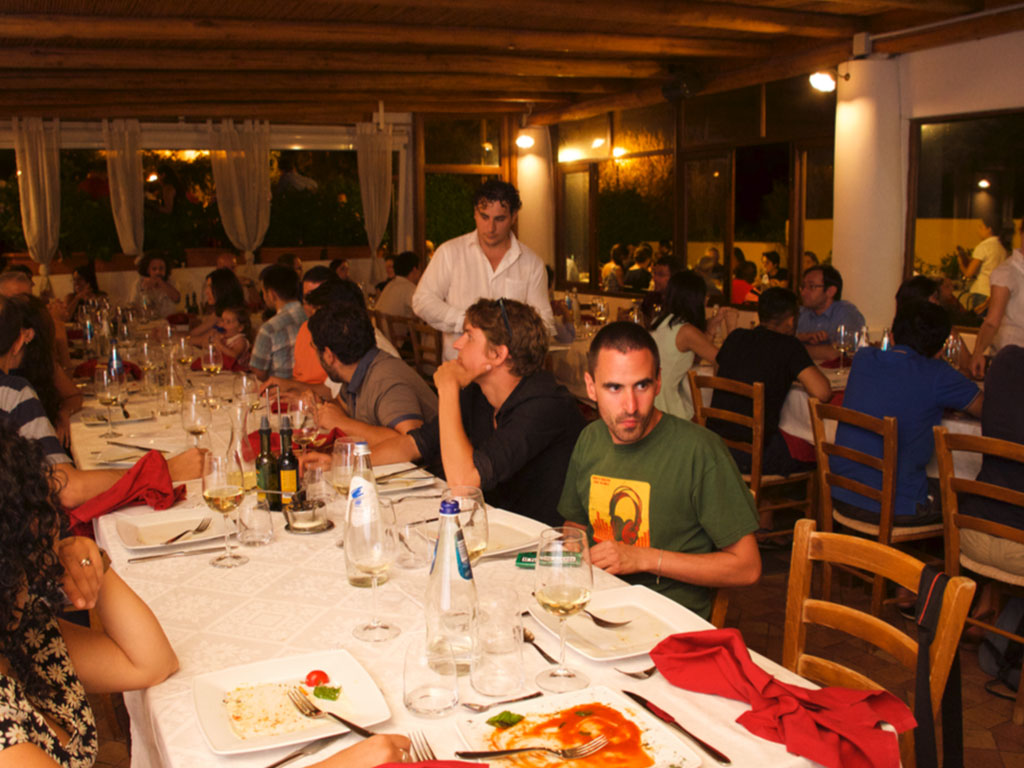 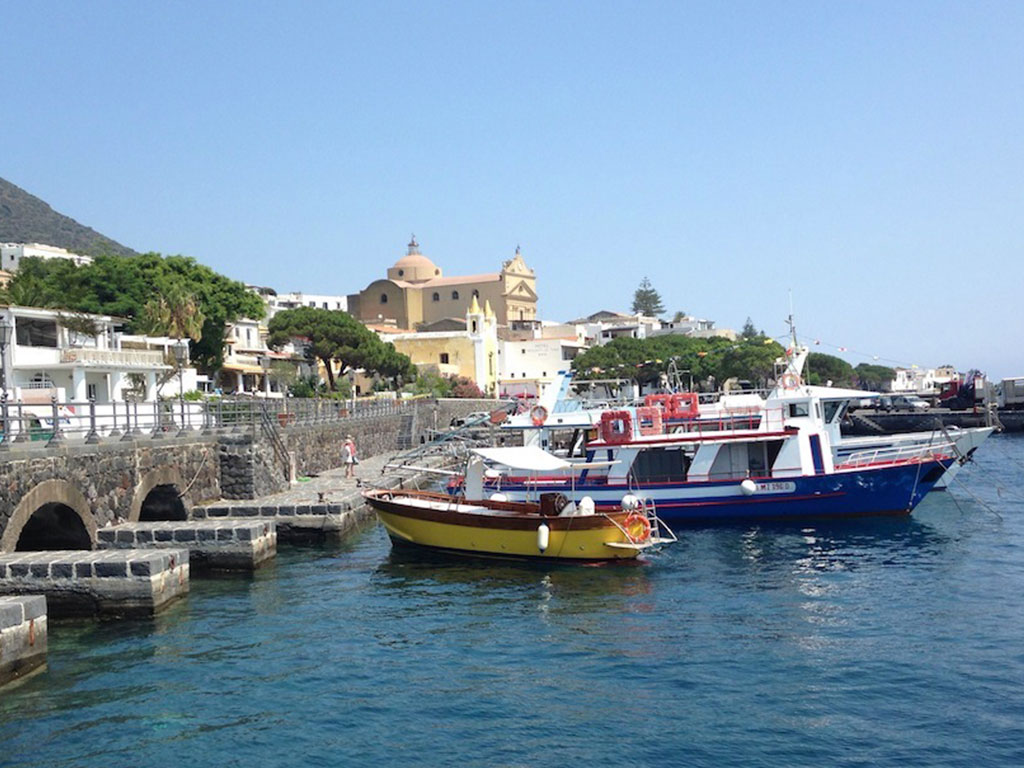 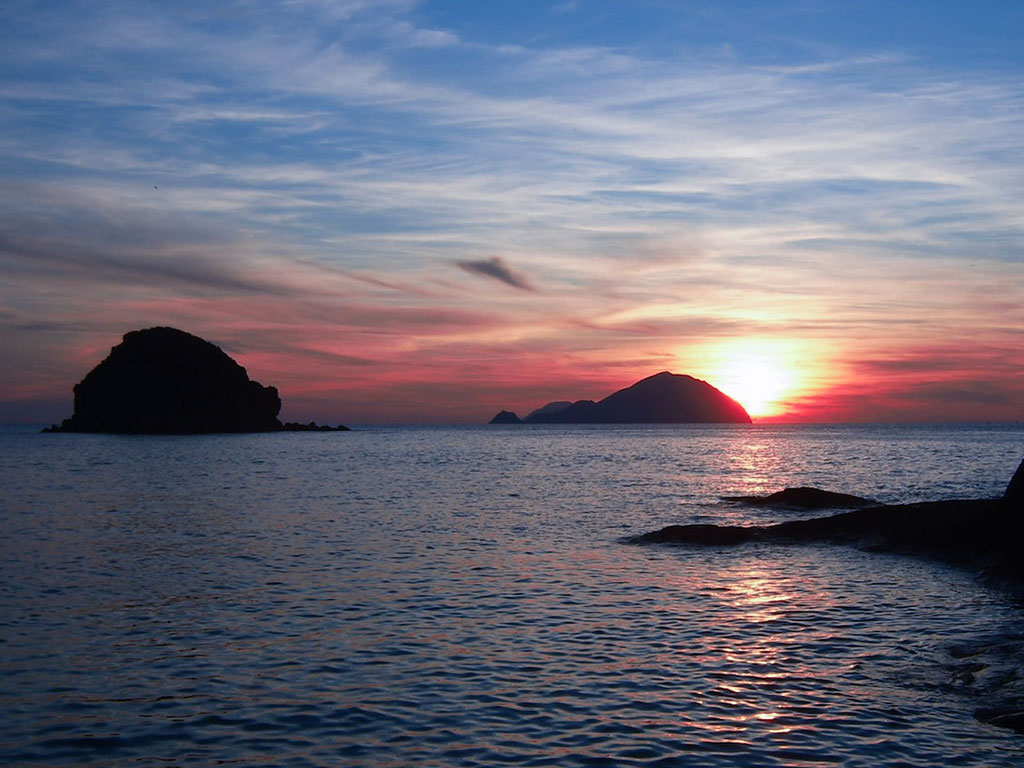 1. Mason Porter (University of Oxford)
A Simple Generative Model of Collective Online Behavior
One of the most common strategies in studying complex systems is to investigate and interpret whether any ‚Äúhidden order‚Äù is present by fitting observed statistical regularities via data analysis and then reproducing such regularities with long-time or equilibrium dynamics from some generative model. Unfortunately, many different models can possess indistinguishable long-time dynamics, so the above recipe is often insufficient to discern the relative quality of competing models. In this paper, we use the example of collective online behavior to illustrate that, by contrast, time-dependent modeling can be very effective at disentangling competing generative models of a complex system.

2. Alex Arenas ( Universitat Rovira i Virgili )
Dynamics on multilayer networks
The constituents of a wide variety of real-world complex systems interact with each other in complicated patterns that can encompass multiple types of relationships, change in time, and include other types of complications. Recently, the interest of the research community increased towards such systems because accounting for the "multilayer" features of those systems is a challenge. In this lecture, we will discuss several real-world examples, put in evidence their multilayer information and review the most recent advance in this new field, with applications to disease spreading, game theory and traffic congestion

3. Elisa Omodei (Universitat Rovira i Virgili)
Dynamics on social networks
One of the most prolific applications of network theory is without doubt the analysis of social systems. This has given birth in recent years to a new discipline called Computational Social Science. In this lecture we will give an overview of the main characteristics of the structure of empirical social networks. We will then review some models of dynamics on social networks, focusing in particular on the evolution of opinions and cultural traits. Lastly, we will discuss some of the latest advances, challenges and open problems of the field.

1. Sandro Meloni (BIFI Zaragoza)
Information and epidemics spreading in social networks
The rapid development of the 2009 Influenza A pandemic and the fact that the video of a drunken kitten is on top of your Facebook timeline share more similarities than you can imagine. From infectious diseases to viral marketing, spreading phenomena are becoming more and more important in our lives and the study of this kind of processes is probably the most prolific and successful application of network science principles. In this talk we'll start introducing some basic epidemiological concepts fundamental in both epidemic and information spreading. Then we'll move to some classical spreading models applied to complex networks and, when possible, their analytical treatment. In the second part we'll focus on the recent developments of the field with special attention on interacting/competing epidemics and how those models can be naturally extended to multiplex networks. Finally, if time allows, we'll show some "real world" applications aimed at epidemic forecasting.

2. Jesus Gomez-Gardenes (Universidad de Zaragoza)
Cooperation and defection in social and economical systems
In this lecture we will review the basics of Game Theory and Social Dilemmas and their generalization to Evolutionary Game Dynamics. After this brief introduction we will describe how evolutionary games are implemented on top of Complex Networks. We will show how cooperation is promoted by the heterogeneous architecture of real networks in different game scenarios.

3. Marta Gonzalez (MIT)
A review of human mobility: basic mechanisms and urban effects
We will review up to date findings in human mobility. In the first part we cover the mechanisms to model of individual spatial-temporal trajectories that compare with travel diaries. Next we review its implications for modeling trips in the streets and the potential of smart commute apps given realistic congestion scenarios in various cities. We close with future directions and open questions in the area.

1. Manlio De Domenico (Universitat Rovira i Virgili)
Multilayer modeling and analysis of real-world complex networks
We will introduce the tensorial formulation of complex networks and their generalization to multilayer graphs. We will show how this representation will help to naturally extend network descriptors widely adopted for the analysis of single-layer networks. Finally, we will discuss an application concerning the dynamical robustness (i.e., navigability) of the multilayer transportation network of London and its resilience to realistic failures.

2. Alessio Cardillo (Ecole Polytechnique Federale de Lausanne)
Science of Science
Since the middle of the past century, the world of scientific/technological research has witnessed deep mutations that have induced drastic changes in the way of "doing science". For example, the explosion of the number of scientific contributions demands for the development of objective methodologies to evaluate their impact in the light of a wiser distribution of the (limited) available economical resources. The birth of the so-called "science of science", in its early stages, was aimed to provide an objective machinery to evaluate the quality/impact of scientific contributions. However, through the years, science of science has undergone a steady growth up to becoming, nowadays, an independent, self consistent, discipline aimed at studying the plethora of different phenomena occurring inside science. For example, in the last years, new branches of science have born, merged, and dead. Science of science aims to investigate and understand such changes. In this lesson, by means of some paradigmatic examples, I will make an overview of the contributions that "network science" has provided in the domain of science of science.

3. Jordi Duch (Universitat Rovira i Virgili)
Introduction to data analysis In this course we will discuss the basic techniques to perform data analytics, from the original data to the results. We will cover the data preprocessing part (filtering, cleaning, aggregating), the data analysis part, and finally we will discuss data visualization and other knowledge representation techniques.

Round tables with attendants

1. Tassos Bezerianos (Biosignal Lab).
From Cell to Brain network dynamics
Connectivity in organisms comes in many forms - for example, molecular interactions, metabolic pathways, synaptic connections from micro to meso and macroscopic level of cells, organs and systems. In our lecture we will present graph theory models we developed to study: (a) the intracellular pathways based on intergromics data and (b) time varying brain networks dynamics from EEG and fMRI data

2. Mario Chávez (CNRS, Paris)
Analysis of Multimodal/Multiplex Brain NetworksUnderstanding brain connectivity has become one of the most important issues in neuroscience. But connectivity data can reflect either the functional relationships of the brain activities or the anatomical properties between brain areas. Although one should expect a clear relationship between both representations, this is not straightforward. In this talk I'll discuss this relationship between anatomical and functional connectivity. In previous studies, the correspondence of these multimodal/multiplex networks has been often assessed by the difference in an Euclidean space of vectors containing connectivity measures such as the clustering coefficient, shortest path length, degree distribution, etc. Nevertheless some radically different frameworks have been recently proposed for studying brain connectivity differences. Instead of extracting a vector of features for each network (anatomical or functional), one can embed all of them in a common metric space that allows straightforward comparisons. This methodologies can be used not only to compare multimodal networks but also to extract statistically significant aggregated networks of a set of subjects. I'll illustrate one of these procedures to aggregate a set of functional networks from different subjects in an aggregated network that is compared with the structural connectivity. The comparison of the aggregated network reveals some features that are not observed when the comparison is done with the classical averaged connectivity.

3. Javier Borge (Qatar Computing Research Institute)
Unconventional Methods for the Analysis of Online Networks
The analysis of online networks has created methodological challenges. For instance, the appearance of a rich Web 2.0 ecosystem enforced, among other reasons, the development of a new network science: multilayered systems. Closely related, down-to-the-second temporal precision in digital traces underlies the emergence of research on temporal networks. With this in ind, I will introduce unconventional approaches to online timestamped data where ‘unconventional’ refers to their lack of prevalence in social network science research. These include time series analysis, the modelling of evolving networks, and methodologies borrowed from the analysis of biological systems.